Close Menu
+
Ocala Personal Injury Lawyer > Blog > Medical Malpractice > Florida, We Have A Problem: The Need For Reform Of The NICA Program

Florida, We Have A Problem: The Need For Reform Of The NICA Program 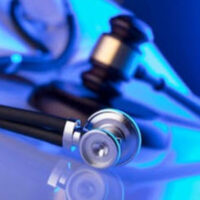 In 1988, the Florida legislature initiated the birth-related Neurological Injury Compensation Association (NICA) program, which was intended to minimize the liability of physicians accused of medical malpractice while still ensuring that claimants are able to recover for the injuries their child has suffered. Specifically, the program guarantees claimants a one-time lump sum payment of $100,000 to compensate for any injuries suffered, as well as an additional lump sum payment of $10,000 in funeral costs if the child dies as a result of his injuries. The program also promises a lifetime of “medically necessary and reasonable” care for the child.

This program has some positive aspects, including the fact that claimants do not have to risk losing a malpractice case (as evidence of malpractice can oftentimes be very difficult to prove) and can instead opt to take the $100,000 payment to offset the costs associated with their child’s injuries. If these claimants were to bring a medical malpractice case to court and lose, they alone would bear the burden of paying for their child’s medical costs, which makes the $100,000 payment seem more appealing to some.

Though the program does have some notable benefits in helping to ensure that claimants are compensated and can stay out of court, there are at least three major issues with the program:

Schedule a Free Consultation to Discuss Your Claim